Originally born in Maryland, at 2 years of age Heather’s family relocated to Ft. Myers, Florida, where she attended grade school and middle school before the family decided to relocate to peaceful LaBelle, Florida, amidst the orange groves on the picturesque Okeechobee Waterway. There Heather attended and graduated from LaBelle High School. Following graduation and knowing exactly the career path she wanted to pursue it was off to Nova Southeastern University in Fort Lauderdale, Florida, where Heather obtained her undergraduate degree followed by her Juris Doctor Degree from Nova Southeastern University’s Sheppard Broad Law School.

Heather met her husband, Tom, in Ft. Lauderdale. Tom has been a big admirer of Alleghany County, NC, since 1975 when his parents established permanent residence here. Tom & Heather often made the trip from Florida to visit and it didn’t take long for the beautiful Blue Ridge Mountains and tranquil Alleghany County to have the same effect on Heather. She and Tom purchased a summer home here in 1997 and in 2000 left the hustle and bustle of South Florida behind to call Alleghany County home.

Heather takes great pride in the local community. She is active as a member of the Rotary Club since 2008 and is the 2015-2016 Rotary President and the Member of the year for 2015-2016, Alleghany Community Television since 2010. Heather is a past member of the board of directors for the Alleghany Wellness Center, Inc. (2004-2015), having served as Chairwoman for 2 of those years, a past board member of the Alleghany County Chamber of Commerce  (2009-2015), the past Vice-President of the Board of Directors for Alleghany Community Theatre. Heather has also enjoyed being a big sister with the Alleghany Connections Program since 2004 and participating in Locks of Love for women with cancer. For the past three years, she coached the Sparta Elementary School team that participated in the Mock Trial Competition in Wilkesboro, at the Wilkes County Courthouse.

In 2014, Heather was nominated for the Citizen Lawyer Award given by the North Carolina Bar Association and was honored that summer at the Annual Meeting. The NCBA Citizen Lawyer Award was established in 2007 to recognize lawyers who provide exemplary public service to their communities. – See more at: www.ncbar.org

In her free time (yes, she does manage some free time), Heather enjoys motorcycling, reading, basket weaving, cooking and baking. She and Tom enjoy occasional overseas trips and domestic travel via motor home. At home they enjoy their furry four legged friends, 2 dogs and 4 cats, all of which are rescued pets. Heather and Tom love living out in the countryside and just can’t turn away a stray that shows up on their property. 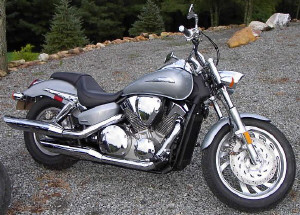